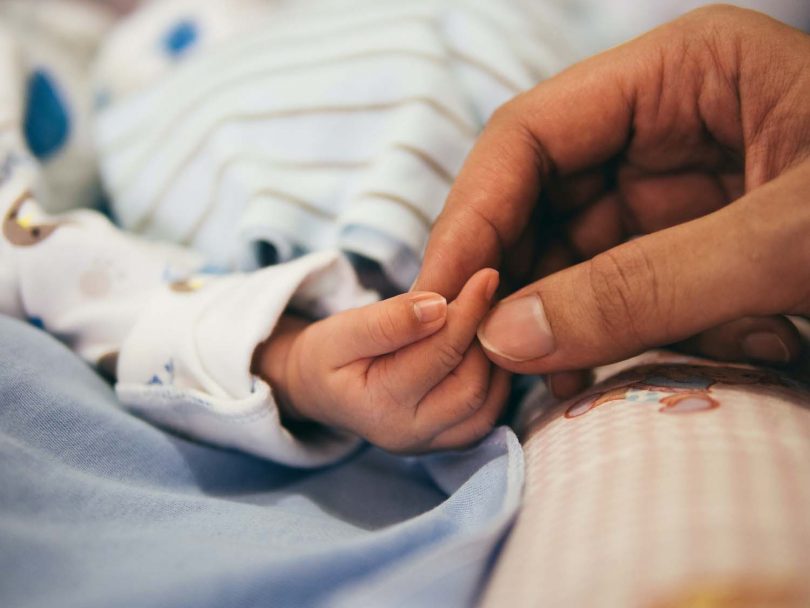 During my pregnancy I went through, what could have been, quite a stressful time. I discovered I was pregnant in February 2020. In the weeks that followed I broke up with my fiancé, the father, and then the world stopped……Covid happened. Lockdown was called in Ireland on 12th March and I was alone. My parents lived 3 hours away, in Northern Ireland, which seems close until no one is allowed to travel more than 5km! I had previously suffered from serious mental health issues and had just started some very intense therapy, part of which was group therapy, which was suddenly stopped. Any normal person would be an emotional wreck. Add Borderline Personality Disorder to this and 1st Trimester hormones and there’s one hell of a recipe for disaster!

Luckily, as well as a few years with an excellent psychotherapist, a very supportive family, and a note from the mental health nurse for my mum (so she could travel to stay with me!), I was a Yoga and Meditation teacher. I knew that I couldn’t control the things going on in the world, but what I could control was my ability to sit, to breathe, to accept. I knew that whatever happened I could keep this baby (and myself) safe as long as I kept myself calm.

During the first Trimester I was too tired to do yoga asanas, so every morning I would sit and chant either the Gayatri Mantra or focus on bird sounds or do a body scan. Anything that would keep my mind calm. Anything that would keep any stresses at bay. Throughout the pregnancy there were many ups and downs, unavoidable stress, days where I just cried. And there were days I didn’t remember to breathe, days where I couldn’t bring myself to “just sit”. And that’s ok. But on the days where I did, I felt better, I felt stronger.

Coming into and during Trimester 3 I was meditating nearly every morning. It was the first thing I did, just 3 or 5 minutes was enough to have that good start. It made everything easier. Closer to the birth I would use my own mantras, “I am ready to meet my baby”, “I am a good Mother”. I was practicing Hypnobirthing so these mantras were very important as his due date got closer and closer.  I’d gone through so much and had stayed grounded throughout. This made me realise that whatever happened during the birth, being a single mum and all the hard times that would inevitably follow that I was going to be OK.

After 65 hours of labour, pethidine, an epidural, an episiotomy, and a suction cup, my beautiful, healthy son Oisín was born. Neither Oisín or myself were in any distress during any of it. I knew that even though things may not have gone the way I hoped, they went exactly they way they were supposed to.

It’s just over a year on now and there have been many ups and downs and “kitchen floor resets” but taking that time each day (or once a week or even just when you remember) to sit and focus the breath makes all the difference. I am not perfect, but I am good enough.

I am a good Mother.

Hi. My name is Nikky. I teach Hatha Yoga, Kids Yoga and Developmental Baby Massage in Sligo, Ireland. After many years of battling depression, I was diagnosed with Borderline Personality Disorder and finally received, what I would whole-heartedly say, was lifesaving treatment. Having a background in meditation, mindfulness and pranayama, I already had the skills to help me stay as grounded as possible during the last couple of years and also my present and future journey in motherhood. For anyone reading this that thinks “…but I can’t do that…” for whatever reason…..all you need to do is take 3 mins each day to sit and breathe. That’s it. It’ll change your life.