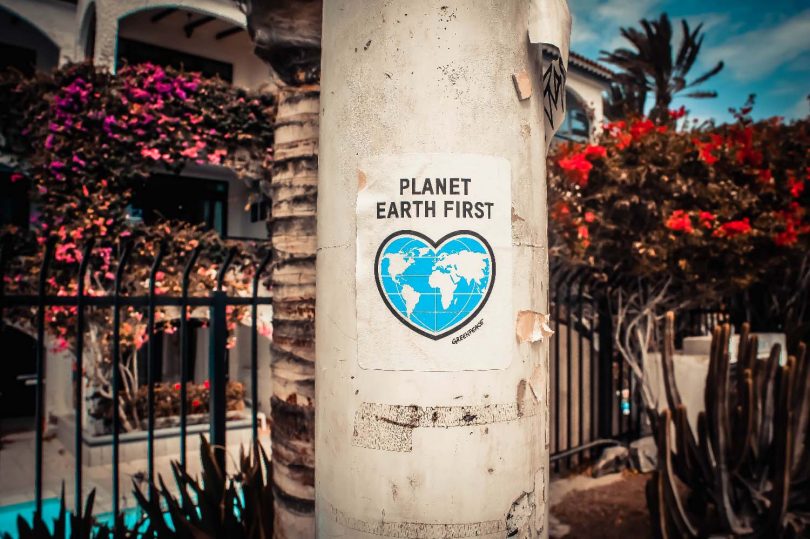 What little or humongous things do you do, to be environmentally considerate?

Recently, a member of a group posted “I’d love to know what changes you’re making in your home / life to help better the planet. I’d love to make changes too so a little push from those who are already making a change will really help.”

A friend of mine drew my attention to the post, and I’m so glad because it gave me the opportunity to think about what I do to be environmentally considerate and revisit why I do them i.e., is it to reduce how much water I use, is it about plastic or something else.

Here are the little and humungous things I do, to be environmentally considerate

In a nutshell, everything that I eat is plant-based and everything I buy is vegan. This covers cosmetics, clothing, shoes, jewellery, household items, cleaning products and so on.

In summary, whenever I make a purchase, I consider whether I need it and I check if it’s vegan or not.

We are vegan when we’re on holiday, at weddings, family events etc i.e. we don’t shift from vegan to veggie according to where we are or who we’re with. This means I’m true to how I feel, but it also helps me feel consistent and secure and it means that I don’t have to spend time or energy thinking about what I’m willing to consume, repeatedly, in different situations.

What’s the connection between going vegan and being environmentally considerate?

These snippets from various articles will help explain the connection.

“Eating a vegan diet could be the “single biggest way” to reduce your environmental impact on earth, a new study suggests. Researchers at the University of Oxford found that cutting meat and dairy products from your diet could reduce an individual’s carbon footprint from food by up to 73 per cent.”
~ The Independent

“Meanwhile, if everyone stopped eating these foods, they found that global farmland use could be reduced by 75 per cent, an area equivalent to the size of the US, China, Australia, and the EU combined. Not only would this result in a significant drop in greenhouse gas emissions, but it would also free up wild land lost to agriculture, one of the primary causes for mass wildlife extinction.”
~ The Independent

“The findings reveal that meat and dairy production is responsible for 60 per cent of agriculture’s greenhouse gas emissions, while the products themselves providing just 18 per cent of calories and 37 per cent of protein levels around the world.”
~ The Independent

“It is far bigger than cutting down on your flights or buying an electric car, which would only reduce greenhouse gas emissions. Avoiding consumption of animal products delivers far better environmental benefits than trying to purchase sustainable meat and dairy.”
~ Joseph Poore quoted in The Independent

“Plus, all the deforestation, overfishing and pollution caused by meat and fish industries limits the overall capacity of the Earth to produce food. If more farmland was used to grow crops for humans, then more people could be fed at less of an expense to the planet.”
~ Global Citizen

“Hundreds of millions of people around the world don’t have access to clean water. Livestock guzzle more fresh water than just about anything else. They’re also one of the biggest polluters of fresh water.”
~ Global Citizen

“Cutting down on just one kilo of beef saves 15,000 litres of water. And replacing a roast chicken with a hearty veggie chili or bean stew (which has similar protein levels) saves 4,325 litres of water.”
~ Meghan quoted in Global Citizen

“Similar to how livestock pollute water, they also erode and weaken soil. This is partly because raising livestock usually leads to deforestation. The world loses roughly the size of Panama each year to deforestation, which also accelerates climate change.”
~ Global Citizen

“All the livestock in the world cause more air pollution than all the cars, buses, planes, ships and other modes of transportation in the world combined.”
~ Global Citizen

“It takes 2,400 gallons of water to produce one pound of beef, but only 25 gallons to produce a pound of wheat. Raising animals for food uses 30 percent of the Earth’s land mass – or an area about the size of Asia.”
~ One Green Planet

“7 football fields of land are bulldozed every minute to create more room for farmed animals.”
~ One Green Planet

“The U.S. Environmental Protection Agency estimates that approximately 80 percent of ammonia (NH3) emissions originate from livestock waste — while chickens, turkeys, pigs, and cows are considered to be the largest producers of methane. Put simply, the livestock industry produces anywhere from 20 to 50 percent of all man-made greenhouse gas emissions. Compared to meats, cheese, and eggs — vegetables, fruits, nuts fall much lower on the carbon footprint spectrum.”
~ Last Chance For Animals

“An interesting study published in Nature Communications found that the only feasible method of feeding the world with no deforestation was if everyone consumed a plant-based diet.”
~ Last Chance For Animals

The quotes above were sourced from the following articles:

I believe that there’s no doubt that going vegan will have a huge positive impact on the hungry, on water availability, on the quality of the air and more.

Heena helps people make or maintain the shift towards a plant-based diet, vegan lifestyle or both. She has been a vegan for over 14 years and a vegetarian for decades before that. Therefore, she has lived the experiences and messages that she shares.

Heena comes from a place of compassion for her clients. Her aim is to truly understand what they want to achieve so that she can suggest practical steps to help them attain their goals and support them on their journey no matter what comes up for them.

She aims to embrace a pace that her clients feel comfortable with and Heena strives to help make their journey light, fun, smooth and as easy as possible.

Heena is a qualified teacher and a Natural Health Practitioner. She helps bust myths, addresses common obstacles and finds meaningful, simple and personalised approaches based on each client's individual needs.

Heena has published her second recipe book which shows how easy it is to make vegan desserts from scratch. It includes recipes from all over the globe. It truly is the recipe book for everyone and every kitchen! She demonstrated how to make one of the recipes on Zee TV’s Out and About. 😉